Living in the listed building

When you have a family home there is always a to-do list. If you are living in a listed house it is a bit other situation.

We are living in our current place since 1984.

Originally our place was a small town next to Budapest, our building was built in 1914 before WWI - in the last peace year of o the Austro-Hungarian Monarchy - as a beergarden and a home for the family. The area was newly built for railway workers, office people and workshop owner. The whole area started to flourish after the very first Hungarian railway line was opened in 1846 between Pest and Vac, and later the big railway workshop was established nearby, now it works as Hungarian Railway Museum http://www.vasuttortenetipark.hu/index.php/en/1. The agricultural village turned to be a town and provided other facilities for the families. Taylors, blacksmiths, groceries, pubs, restaurants, were every corner. Nice schoolbuidings emerged. The dwellings were on the front to the street and the backgarden provided enough place for a small vegetable patch, chickencoop or pigsty. The buildings were built when the materials were galore, even the red pine for the woodwork.)

After WWI and WWII big collapses occurred, the immigration from the former Monarchy made pressure on the housing, so this particular beer garden was divided into four flats.

We had one flat from the four, it was a one-bedroom ground-floor place. We needed more space for ourselves and as we had a big attic area - originally for storing crops and other goods - we started to convert the attic to rooms. It was a nice job to do, we made a big part of the work ourselves. We had no money to spend so the work was done gradually, but the result provided a comfortable flat, with three bedrooms and a nice living room on the ground floor.

In 2010 some of the original buildings were chosen to be “Local Heritage Building”. By that time we had two flats from the four and created a new living area for ourselves.

The main goal to put on the list was to save the unique facade and layout and the nicely preserved structure (in spite of the shortcoming of materials during the Russian occupation times).

During the renovation process we followed the basic rule:

- energy saving where possible (we use the old wood stoves to burn woods from the garden, have a solar panel for hot water, have 10 cm insulation on the walls, we did put the 3rd layer of glass to the original windows, created a green wall on the south facade for summer protection, insulation panels under the floorboards)

- when there was a need to use new materials, we had wood, stone, brick as the first choice.

Now it is great to stay at home, the nice living area, the studio in the attic and the garden provided us very good environment. 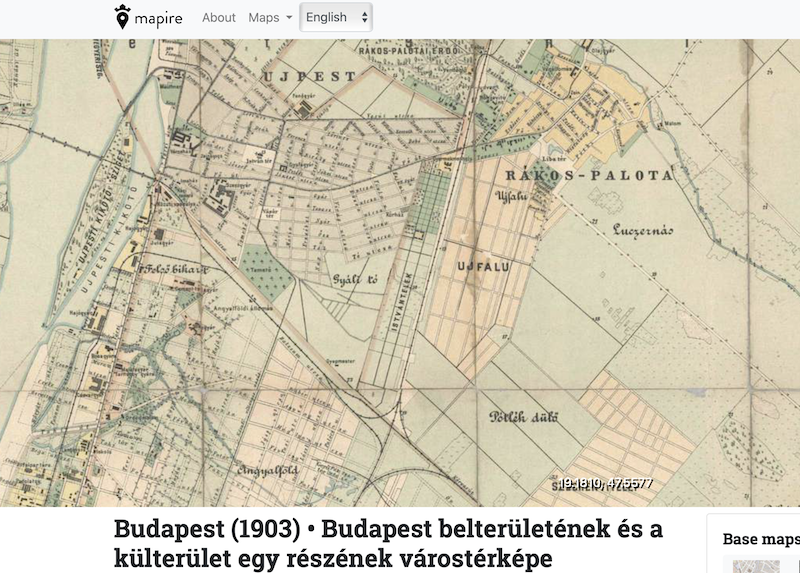 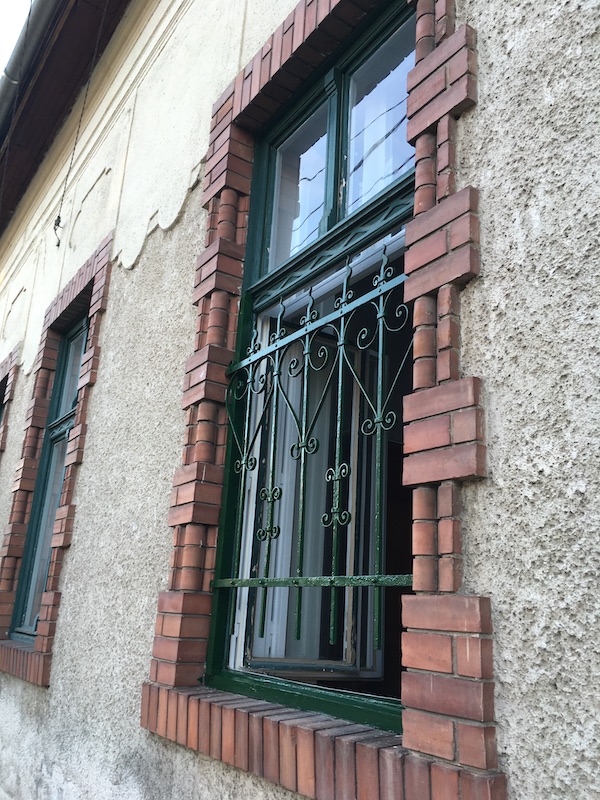 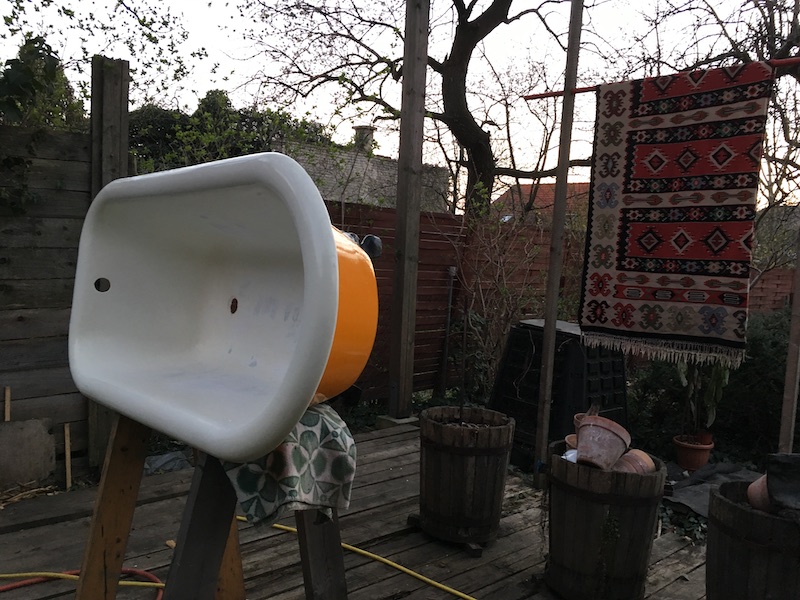 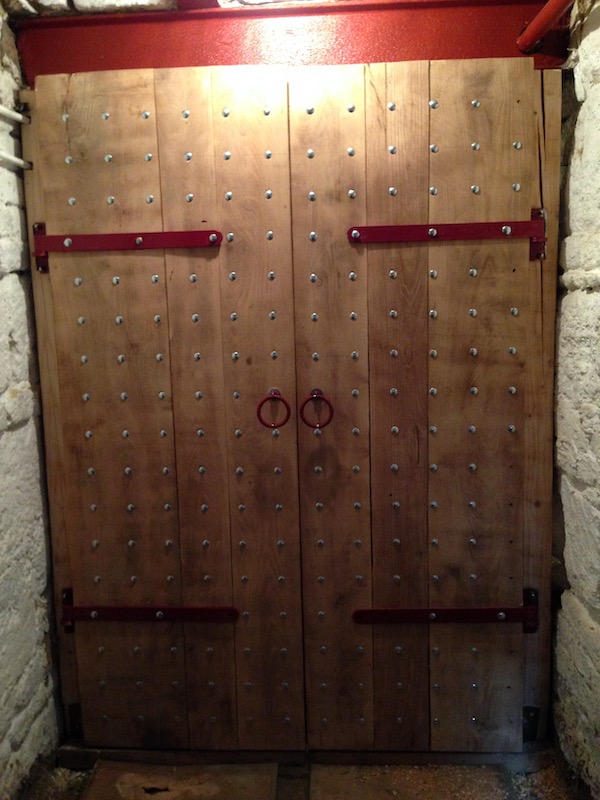 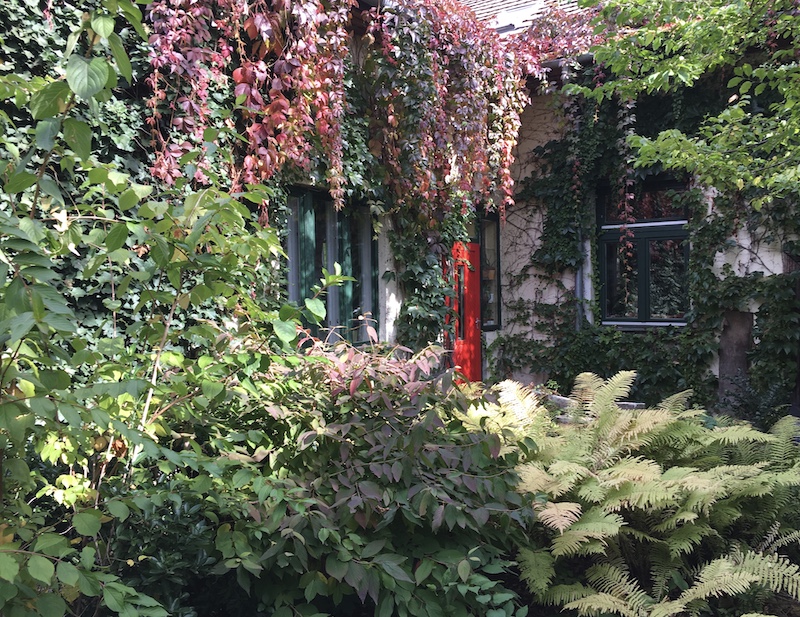 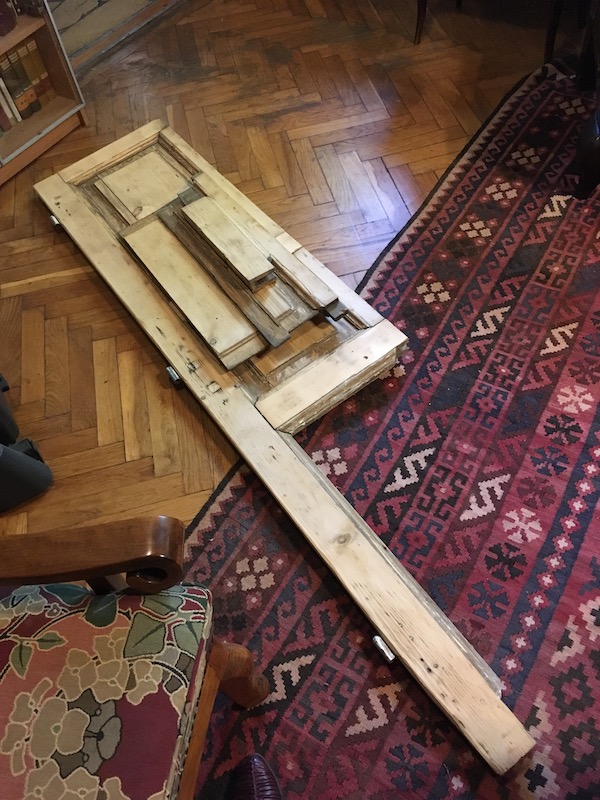 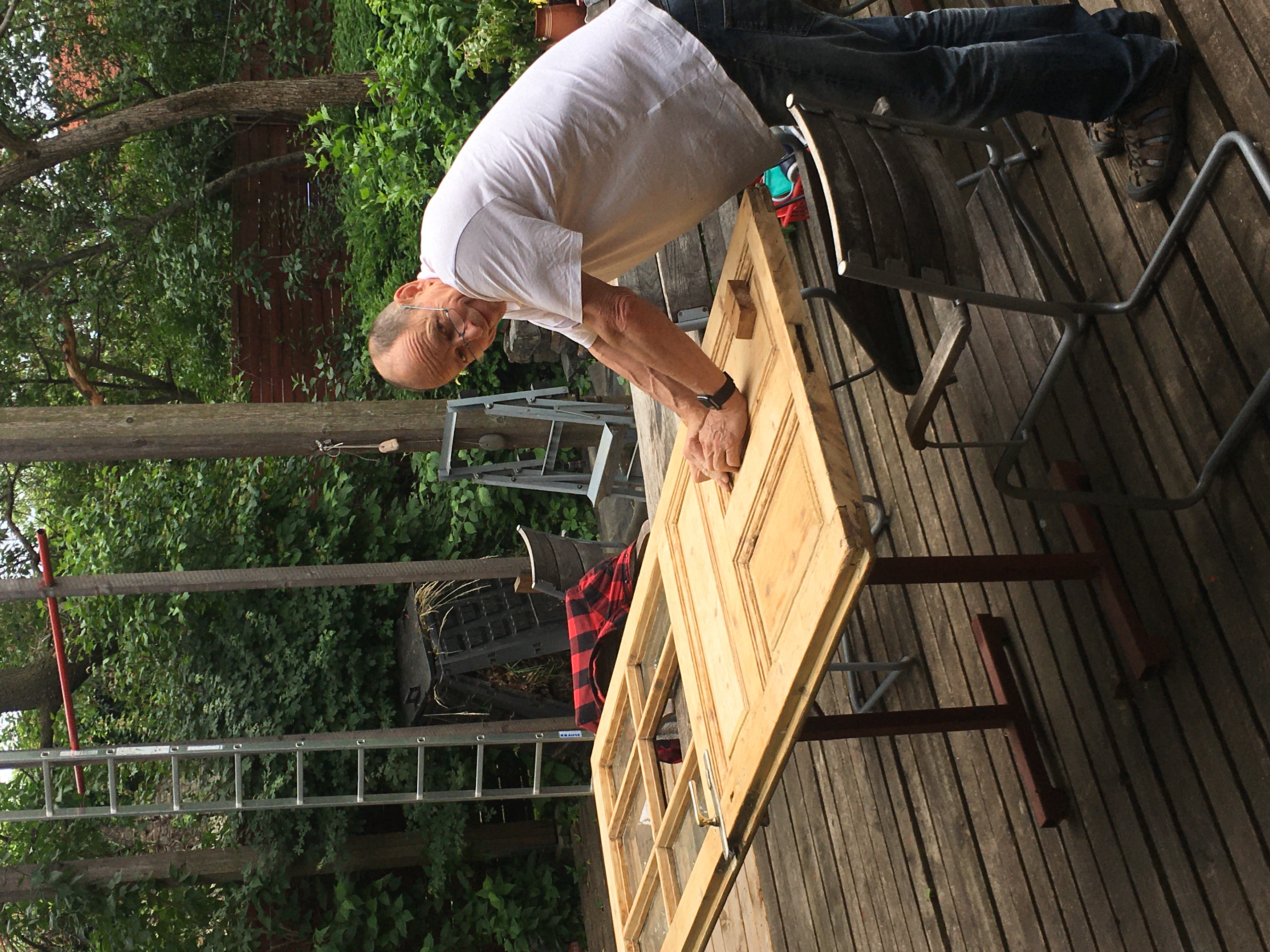 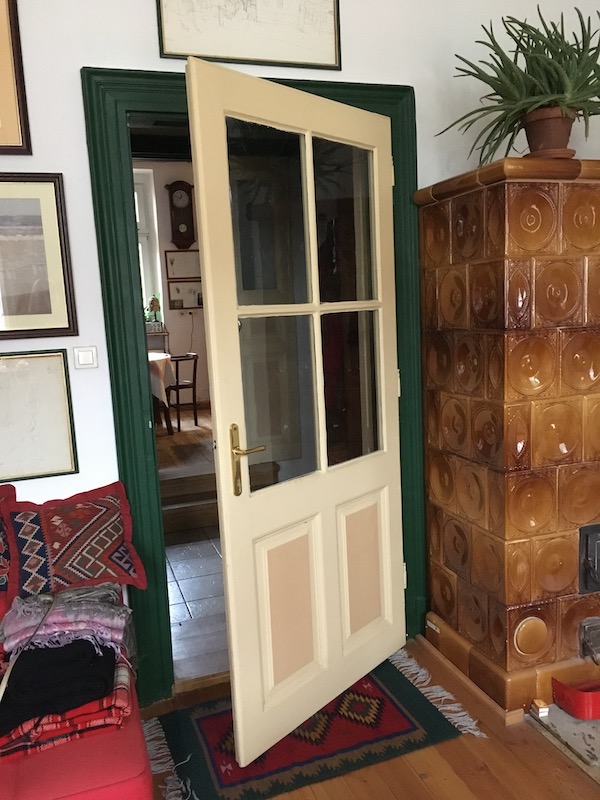 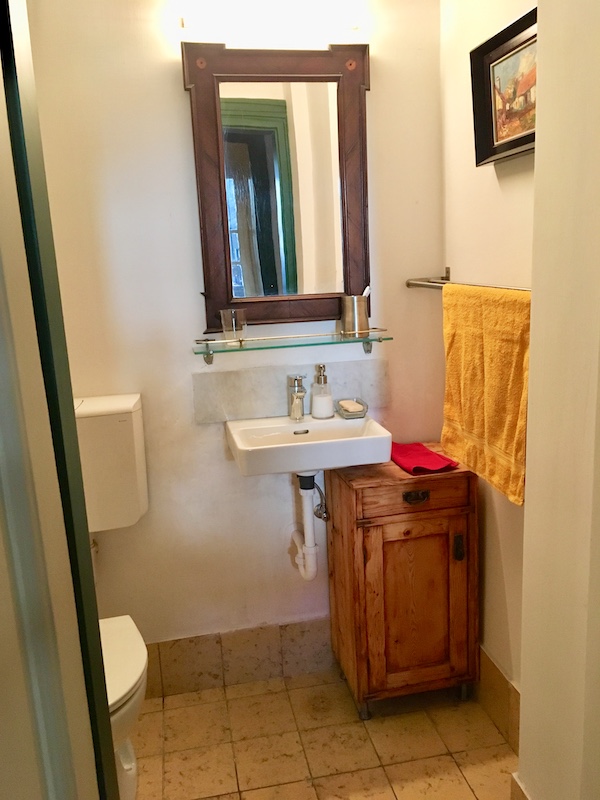 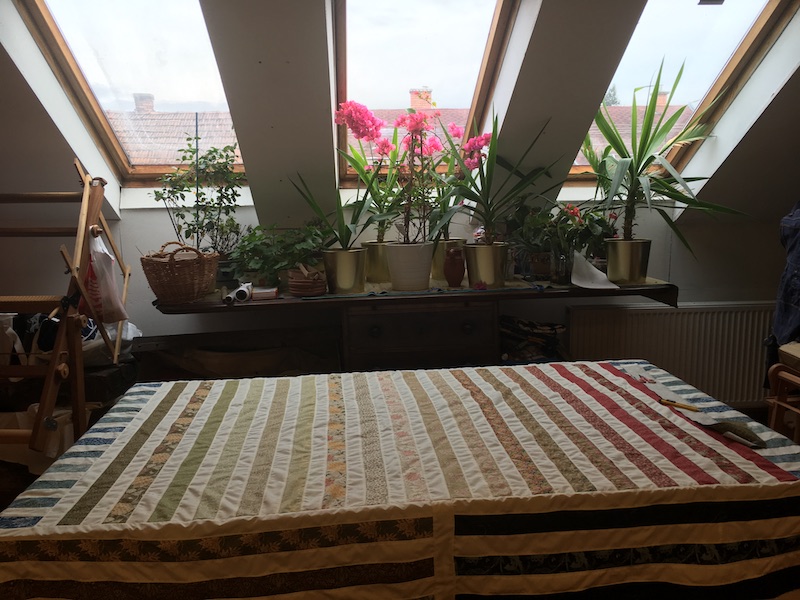 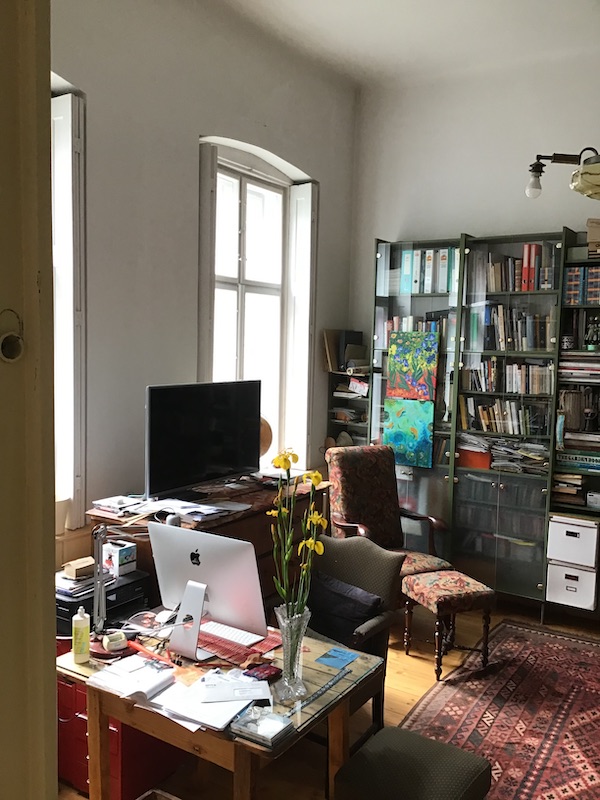